Rand vs. Dollar – The Insights About the Pair 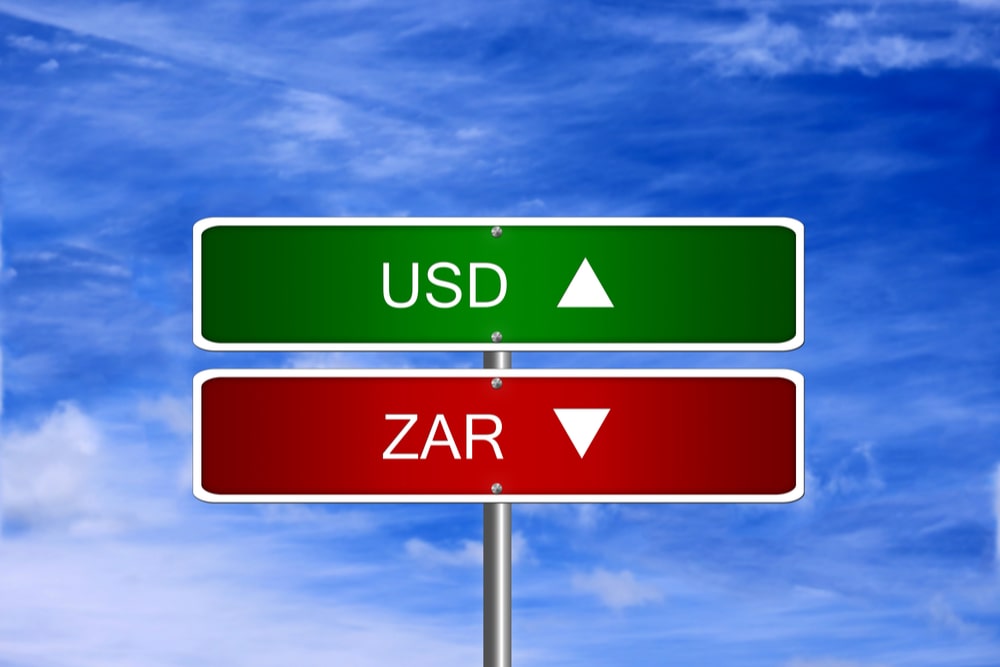 The South African Rand (ZAR) is a popular currency in the world; it is the legal means of exchange in the Republic of South Africa. Besides this, it is recognized as a means of legal currency in the Common Monetary Areas that it shares with Eswatini, Namibia, and Lesotho. The countries mentioned above also have their currency besides using the ZAR.

The South African Rand (ZAR) is paired with several other currencies, including the US dollars, when it comes to forex trading. Because of the importance of the mining industry in South Africa, the USD to ZAR currency pairs correlate to pricing trends in metals, including gold, iron ore, chromium, platinum, coal, and diamonds.

During the gold bubble burst in 2008-2012, the ZAR struggled to maintain its value. Furthermore, the USD to ZAR currency pair experienced a downward trend when gold's price plunged. It demonstrated the connection of gold commodity price to the South African Rand (ZAR).

Interesting and Historical Facts about the South African Rand (ZAR)

What does an exchange rate mean?

You might have come across the word "exchange rate," but do you know what it means? An exchange rate is a rate at which a particular country's currency is exchanged with another. For instance, if the South African Rand to the US dollar rate is R20, it means you have to pay R20 to buy one US dollar. If you are a South African, you need to know how the exchange rate works, especially if you have a job that deals with the US dollar.

Alternatively, if you are traveling to any country that involves exchanging your South African Rand, you must know the Rand exchange rate for such country's currency. You need this because it will help you plan how to spend your money. Today, things have become easier as you will find currency converter online that makes conversion swiftly.

You can also buy and sell currencies to get little profits from price fluctuations if you are not traveling. In other words, you can buy the US dollar, expecting if you exchange it with the South African Rand in the future, you can get more than the initial capital. The exchange rate has different implications as it affects oil prices.

The Federal Reserve Bank states that market forces determine the Rand exchange rate. The buying and selling rates of the American dollar is based on the demand and supply of dollar in the market at a particular time. However, the reserve bank might intercede in the market to buy and sell the USD, especially if it falls within the monetary and exchange rate policy.

How the South African Rand (ZAR) performs depends on the performance of the US dollar. Nevertheless, why is a particular emerging market so erratic, whereas the other is seen as a benchmark for high performance? Therefore, what influences the exchange rate of USD to ZAR exchange rates? Here are a few things we consider that can significantly impact exchanges rates.

Supply and demand is a global factor that affects the exchange rate of any country.  The ZAR will have a strong value whenever South African exports get popular and are in high demand. A strong trading industry means a well-performing currency. However, less demand with an abundance of supply creates a catastrophic effect on the South African Rand (ZAR).

It works in a similar fashion to supply and demand. The worth of a country's currency depends on the number of people dealing in it. When businesses and people overseas increase their demand for the South African Rand (ZAR), it boosts the currency. Alternatively, when the demand is low with surplus currency, it affects the exchange rate.

These two play a significant role in determining the exchange rates of the USD and Rand. The interest rate is the price at which people can borrow money. So how does interest rate affect currencies rate in a country? When there is a low-interest rate, it encourages people to borrow money.

Nevertheless, there is a need to regulate interest rates because pumping money into a country might not produce the best outcome if trade and business confidence doesn’t grow accordingly.

It's common sense to know that the political situation influences the exchange rate of dollars against ZAR. When a country has a chaotic government that makes a terrible decision and constantly get things wrong in their choices, it doesn't look good for the currency. Immediately, a government cannot run the country as it ought to, trading partners, business investors, and even tourists will find it hard to deal with such a country.

Commodity prices affect the exchange rates of a currency. For instance, South Africa is a famous commodity exporter and the largest platinum exporter in the world. Historical data shows that its GDP for 2019 is about 351.4 billion USD.

Most people call the South African Rand (ZAR) a community currency since raw materials' price directly influences its value in the market. Goods such as energies, metals, and agricultural products can impact the value of ZAR. Whenever a country's main commodity price fluctuates, the energy rate of the currency follows suit.

Whenever exports are needed in high demand, the ZAR value gets stronger. However, an abundance supply with fewer demands means a weaker Rand. Studies and data show that when investors see a strong trade industry in a country, it serves as a catalyst for a well-performing economy or currency.  South Africa depends heavily on mineral exports. It's among the world's largest producers and exporters of chromium, iron ore, and platinum. Besides this, it also exports gold, cars, diamonds, manganese, and delivery trucks.

Another factor that contributes to the conversion rate of the Rand is China's economic stability. China is a strong economic partner with China and a top export destination of its goods. Therefore, the political and economic condition of China tremendously affect the value and performance of the South African Rand (ZAR)

Historical data from the Wall Stress Journal shows that in 2015, six months after crises erupted in the Chinese market, the South African Rand (ZAR) fell steeply, losing about 26% of its value. Furthermore, in early 2016, it fell by 2.8%, with one US dollar exchanging for 16.78 Rand.

When the People's Bank of China devalued its currency by 3%, share prices in South African declined sharply. The instability created massive losses in the global market since China is among the biggest commodities importer. As a result, metal prices took a dip, with the South African Rand highly affected because it is a major exporter of gold and platinum.

Weaker Rand - Why you should care?

Whenever the South African Rand gets weaker, it means an increase in the cost of importation, which affects the price of things in the market. For South Africa, currency weakness means a higher cost of items sold in shops that are imported. For instance, electronic equipment, wheat products, and business that rely on a foreign exchange will increase their goods.

Furthermore, when the currency of a country becomes weak, it gives rise to inflation, which can limit the ability of the Federal Reserve Bank to cut interest rates. Besides this, when the South African Rand gets weaker, it negatively impacts the government's ability to deal with the COVID-19 pandemic. In addition, a depreciating currency influences the cost of medical equipment imported to a country.

To gain access to trading currency, you need a platform that allows foreign exchange for everyone. PrimeFin is a leading online broker that will enable you to trade using its platform. It has a track record of providing different tradable assets in the financial market. Through the PrimeFin website, you have access to several trading tools and materials to download including currency converter for everyone in the forex market.

Here are a few reasons to trade with PrimeFin:

Why is South African Currency referred to as ZAR?

ZAR is an acronym for the Dutch Zuid-Afrikaanse Rand, whose name originates from Witwasterand, which is the location where the majority of South African gold deposits lie.

What country's currency is pegged to the Rand?

The countries that peg their currencies to the South African Rand (ZAR) include Namibia, Eswatini, and Lesotho.

What is the current conversion rate of USD to ZAR?

Are Krugerrand and the South African Rand the same thing?

No. Although Krugerrand is a legal tender used in South Africa, it doesn’t have any assigned Rand value to it. However, Krugerrand gets its value from the gold it has. Therefore, whenever there is a fluctuation in gold's price, the value of Krugerrand also changes.

Today, the South African Rand (ZAR) is a strong currency competing with other currency pairs globally. It is also a legal tender in Lesotho, Swaziland, and accepted in Namibia. Besides this, traders throughout the world can trade ZAR with other currencies.
Open account
Risk warning: The products offered by the company are complex instruments and involve high risk. Trading on such products may result in loss of your invested capital. Please ensure that you fully understand the risks involved before entering into any transactions. You should never invest more than what you can afford to lose.
Risk warning

Risk Warning: CFDs are complex instruments and come with a high risk of losing money rapidly due to leverage.71% of retail investor accounts lose money when trading CFDs with this provider. You should consider whether you understand how CFDs work and whether you can afford to take the high risk of losing your money. Please read full Risk Disclosure

Saw some great trades flipping away?

Live up to the market pace with timely updates, financial insights, instant price change signals and investment ideas from PrimeFin.