Major currency pairs and other popular assets in the Forex market 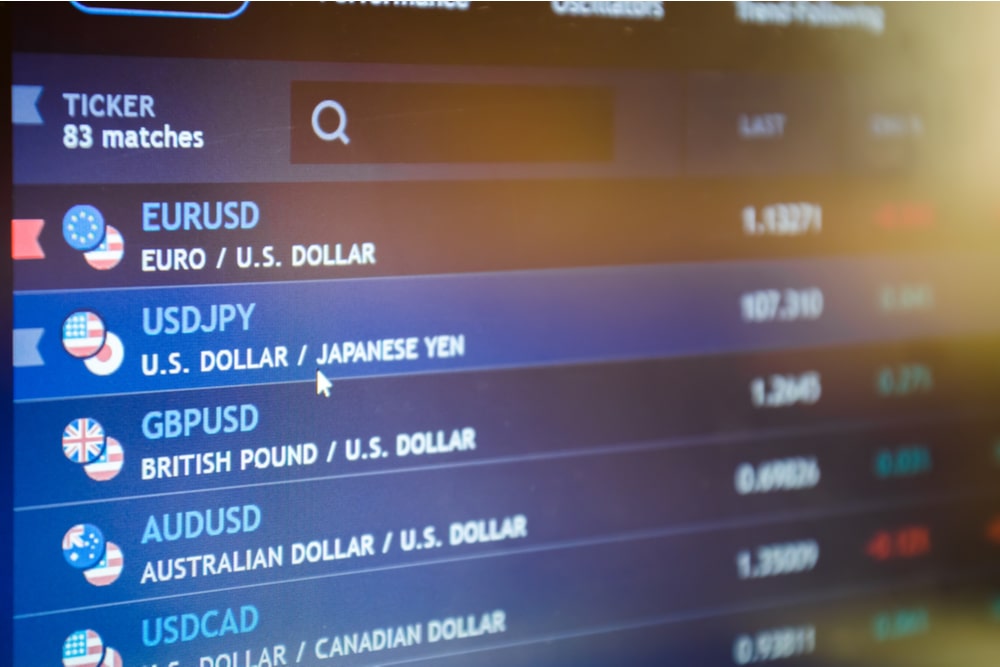 Traders are impressed by the foreign exchange market with its diversity of currencies available for trading. The euro, Japanese yen, Swiss franc, Canadian dollar, Australian dollar, British pound sterling, New Zealand dollar, and, of course, the most popular currency the US dollar are heavily traded assets bought, sold, and exchanged daily. These major currencies are the ones most Forex traders seek out for financial opportunities.

Major assets are volatile currencies, which implies there’s a risk of losing funds invested in FX trades because of frequent changes in exchange rates. However, this does not make traders leave the Forex market. On the contrary, this market is the most popular place for investments with a trading volume of $6.6 trillion per day. A huge trading volume leads to high liquidity, meaning trades can be closed in a short time. No wonder Forex buyers and sellers stay in the market from the minute it opens to the minute it closes, 24 hours a day, 5 days a week.

What are examples of major currency pairs?

Before we discuss major pairs, let’s talk about what a currency pair represents. It is the quotation of two different currencies, where the value of one currency is quoted against the other. Currencies in a Forex pair are always traded at an exchange rate. Exchange rates are free-floating, meaning they go up and down depending on supply and demand.

Major Forex pairs are those including the US dollar in the quotation. They are the most traded currency pairs and have the lowest spreads. Major currencies contribute a considerable amount of volume in the foreign exchange market. Because of the high liquidity of these currencies, buyers can always find sellers to perform a trade.

How are major currency pairs traded?

In a traditional sense, we trade currencies to buy one asset for another. For instance, we can buy one euro for 1.22 US dollars. However, there is another way to trade on Forex: contracts for difference (CFDs). Trading CFDs means speculating on the trajectory of a selected currency pair’s price movements. To perform a CFD trade, investors can make predictions on either rising or falling prices of Forex pairs. If predictions turn out to be correct, investors receive rewards. If not, they lose their invested funds.

CFD Forex trading also involves leverage, which helps boost buying power by allowing traders to invest just a portion of a trading lot’s total cost. The broker covers the rest of the cost. Depending on leverage size, the broker can add two, five, ten, or even a hundred times more funds to the trader’s account.

Leveraging enables rewards to be multiplied. However, it has its downside: leveraging magnifies losses as well. There is a high risk that Forex trading with leverage will result in a loss if financing costs exceed the gains from currency trades or the value of the traded currencies falls.

What are the other currency pairs in the Forex market?

Apart from major Forex pairs, there are other currencies that can be traded against one another. Minor and exotic pairs are also a big part of the Forex market.

Minor currency pairs (also called cross-currency pairs, or currency crosses) are quotations with monies of developed countries, other than the US dollar. These pairs are less liquid and have lower spreads than major pairs. Nonetheless, traders don’t ignore them when crafting trading strategies.

Some exotic currencies are liquid, and others are not. Overall, these assets are even less liquid than cross pairs. Among all the mentioned currency pairs, exotic ones have the highest spreads. Traders may also find it challenging to find a counterparty to perform a deal with these assets.

What are the factors affecting currency prices?

If you are willing to craft your trading strategies on the US dollar, euro, British pound, Japanese yen, kiwi dollar, or any other currency - whether major, minor, or exotic - you need to study the factors affecting their prices. The important economic data listed below shows how some measures influence Forex market volatility.

The GDP is the total market value of a country’s overall domestic production during a specific time. This value serves as an indicator of a country’s economic health. Any changes in the GDP lead to changes in economic growth and influence the value of the nation’s currency. A high GDP indicates high production rates, meaning domestic products receive great demand from local and foreign investors. Thus, the demand for the national currency, and its value, also rise.

A country with a strong economy and solid monetary policy attracts foreign investors looking for potential rewards. Thus, the value of the national currency inevitably goes up. In contrast, the determent of foreign investment could negatively affect the currency value. And once a country’s economy experiences recession, a currency exchange rate depreciation follows.

Government, or public, debt means that a country may receive fewer foreign investments. Therefore, the country may have trouble ensuring government funding. The country may start printing more paper money to cover domestic expenses in an attempt to overcome this challenge. If this occurs, then the value of the national currency decreases, and the country’s economy experiences inflation. Inflation leads to lower interest rates, and foreign investors become even less interested in dealing with businesses or institutions in that country.

Price movements of a currency pair can be caused by rumors, fear, false news, herd instinct, or many other subjective and emotional factors. Rumors may spread, promoting incorrect facts about changes in exchange rates, and traders could open or close their positions under the fear of losing their investments. Information from unreliable media sources may force investors to rush to the Forex market and trade one currency pair or another. Some Forex investors may follow experienced traders because they believe that they know more about the market.

The currency market, however, is an unpredictable place influenced by many factors that can change the direction of price movements in a split second. Traders should never rely on subjectivity or emotions when choosing a currency pair to trade. Only analytical tools should be used while crafting strategies, a procedure that might bring better results.

Forex trading in a flash with PrimeFin

Which currency pair would you like to choose for trading CFDs? EUR/USD, USD/JPY, AUD/USD, GBP/USD, or another? With PrimeFin, you have a wide range of CFDs on Forex pairs for developing the most diverse strategies. You can chase your trading goals with CFDs on major, minor, or exotic currency pairs and embrace the financial opportunities the market offers.
To enhance your trading experience, PrimeFin offers you:

If you make PrimeFin your Forex CFD broker of choice, you can open an account on our website in minutes. Just complete these 3 steps:
Move towards your trading goals at lightning speed with PrimeFin.

Which currency pairs are the most profitable in Forex today?

It’s hard to predict which Forex pair could bring big rewards since market prices change every second. However, major currency pairs, such as EUR/USD, USD/JPY, AUD/USD, GBP/USD, and some others that represent the strongest economies, are the most actively traded and could bring higher yields than minor or exotic pairs.

Should I trade exotic currency pairs?

Exotic currency pairs can be an optimum option for some trading strategies. For example, these pairs tend to move a lot, and more volatile currencies might bring significant rewards if their prices move in the predicted direction. However, it is worth mentioning that exotic pair prices are hard to predict. Therefore, trading CFDs on exotic currencies with leverage can be much riskier than on major pairs.

How many Forex pairs should I trade?

Generally, you could trade any number of pairs. You could choose several major currency pairs and a few minor or exotic ones to diversify your trading portfolio and pursue more financial opportunities. You could also start trading with just one currency pair. However, in that case, you do not have the option to hedge.

When you choose at least two currency pairs, you have more chances: one could move in the predicted direction while the other may not. Thus, you would still have some rewards. So, always consider the option of hedging while trading Forex.
Open account
Risk warning: The products offered by the company are complex instruments and involve high risk. Trading on such products may result in loss of your invested capital. Please ensure that you fully understand the risks involved before entering into any transactions. You should never invest more than what you can afford to lose.
Risk warning

Risk Warning: CFDs are complex instruments and come with a high risk of losing money rapidly due to leverage.71% of retail investor accounts lose money when trading CFDs with this provider. You should consider whether you understand how CFDs work and whether you can afford to take the high risk of losing your money. Please read full Risk Disclosure

Saw some great trades flipping away?

Live up to the market pace with timely updates, financial insights, instant price change signals and investment ideas from PrimeFin.